This recipe was worked off of Homemade Artisan Vegan Butter by Miyoko Schinner. My friend sent me the link and I knew I had to try it! In her recipe she calls for several ingredients that I wouldn’t necessarily want to use; soy lecithin, refined canola oil, store bought almond milk…. I like to eat, use, buy food that has value in it if I am going to put it in my body. I have always had a hard time when making food, using crap ingredients- don’t get me wrong, I love junkie vegan foods but I really only eat them once in a while, I just don’t have them readily available in my kitchen. Butter is a staple, so I felt it was important to make it a good one. I recipe tested several batches and there is still some room for improvement. The biggest problem I was having was separation when it was setting up. I figured out it was the water content in my homemade nutmilk- although I have not tried culturing a prepared dairy free milk and using that, it was neat to figure out where the break down was happening- the taste was always good but then it would separate! With this recipe, I made a thicker almond milk, with less water and then cultured it. During the culture process, the “kefir” separates from the solids- the solids are what I ended up using for the butter. Reserve the kefir for drinking or for adding to smoothies.

the solids are what you want to use…this is a very small batch of kefir, I actually will be posting a larger recipe for almond kefir as it is SO delicious in smoothies and as a probiotic beverage.

For the ALMOND KEFIR CREAM:

1 capsule vegan probiotic, opened into the milk and stirred

In a blender, combine the nuts with the water and blend until completely smooth. Pour the cream though a nutmilk bag or through a fine mesh strainer into a glass pitcher or wide mout ball jar- discard the pulp or make use of it in smoothies, crackers etc.

Add in the probiotic and gently stir with a wood spoon. Cover with a cloth and place in a warm spot overnight to let the culture do its thing. When ready, the “kefir” will be under a layer of fatty almond cream- do not shake or disturb the separation! With a spoon, spoon out the ½ cup needed for the butter. Use the rest for a delicious probiotic rich addition to your morning smoothie.

this was one of the first trials- delicious but hard!!! The final recipe is quite spreadable!

Combine everything in a blender and let the machine run until the mixture has emulsified. Pour this into butter molds or into smallish crock-pots or even into jars. Transfer immediately into the freezer to allow the butter to set without separation- give it about 20-30 minutes before transferring into the fridge. 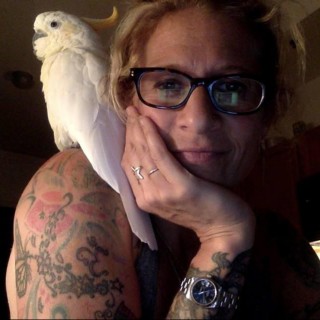